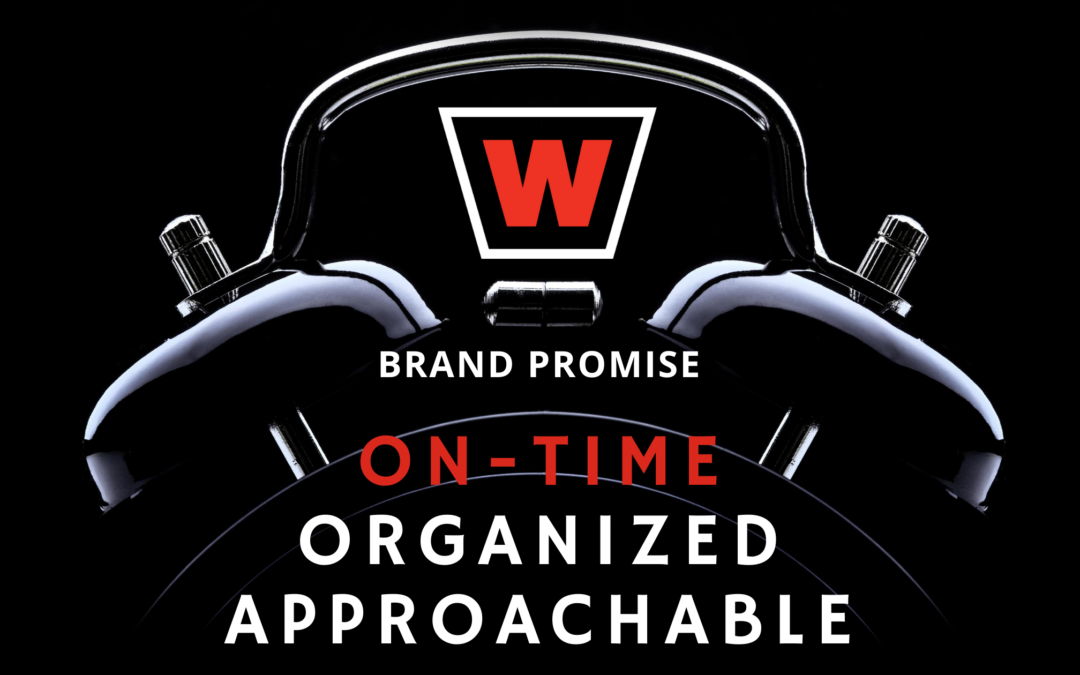 Our Brand Promise is to be On time, Organized, and Approachable. I think we do an exceptional job of reaching all three of these objectives in everything we do.

Recently we had two excellent examples of living out being on-time.  As you read them, you will notice they are small incidences, but they reflect the attitude we take at Willmar Electric toward being on-time for everything regardless of the scope of the deadline.

My first example is how, during a one-hour meeting led by my brother, Justin, it appeared like we wouldn’t get through our agenda before we ran out of time.  He stopped the meeting and asked if the participants were willing to stay late or if we should reprioritize the items left on our agenda to make sure we ended the meeting at the appointed time.

At Willmar Electric, we think it is important to remember being on time isn’t just about the starting time of a meeting; it is also about the ending time.  If you end a meeting late, it messes up the part of your life that depends on a meeting getting over on time. We think of meeting ending times as deadlines.  It is not hard to parallel this concept with the projects we work on.

Trust me, when we say we will be done by Friday, we mean done, not mostly done, and we mean Friday, not probably Friday.

My second example of being on-time comes from a recent Zoom meeting.  Unless you have a paid account, Zoom calls must be kept under 40 minutes.

As the clock started ticking down and nearing 0:00 somebody on the call stopped the meeting and said, “this meeting was scheduled for an hour, and it seems we will be done before the hour is up. But Zoom is only giving us 40 minutes.  Since we are at a good breaking point, let’s all log off this call and log back in.  It will restart the clock and allow us to finish without unplanned interruption.”

Everybody on the call left the meeting.  The clock reset when we all returned to the meeting.  The call ended up finishing about 50 minutes after we started.  If we hadn’t restarted, we would’ve had an unplanned break, and we would have been forced to restart at an awkward place.

These are minor examples, but to Willmar Electric, they are a big deal.  We like to make sure we are focusing on the details and respecting the time of everybody involved.

On-time isn’t only about getting a meeting started on time.  It is about respecting everybody’s time for the duration of the meeting (and project).

I’ve been told several times how being early is on time, and being on time is late.  The quote is often attributed to Vince Lombardi.  It makes for a nice sound bite, but it leaves people directionless.  Making me guess what time you want to be someplace or what time you really want to begin to waste my time.

At Willmar Electric, let us know the timeframe, and we will meet it. It’s our promise.

And if you want to have social time with people, show up early and socialize with the meeting attendees in advance of the meeting.  You can rest assured the meeting will start at the published start time and it will be over before the published end time.