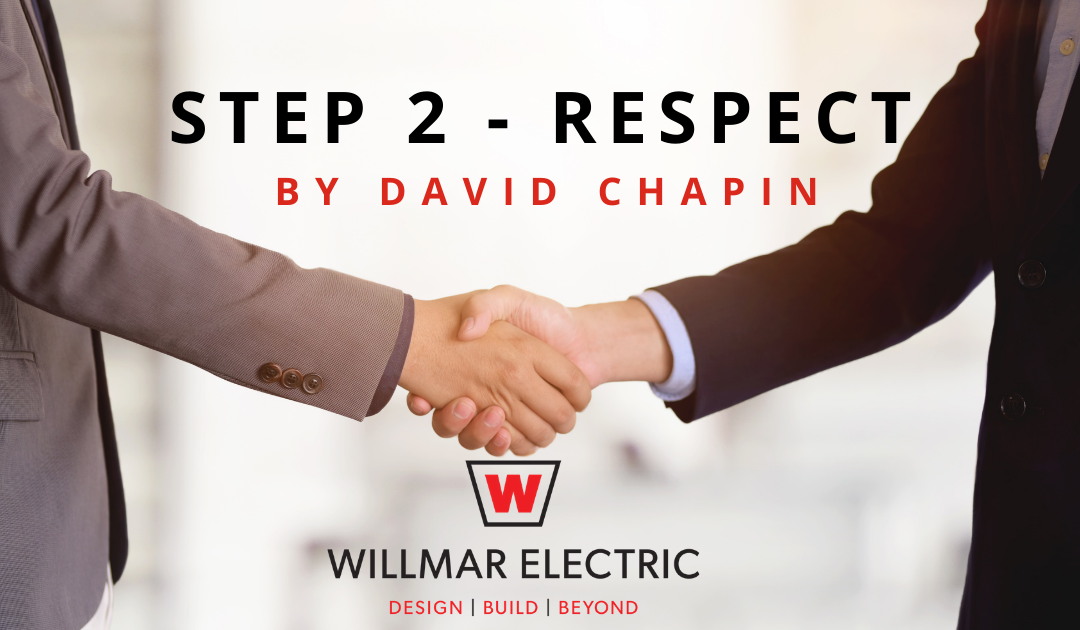 Last month I blogged about productive confrontation.  I outlined a five-step process.

The background is if your job is to manage people and help them grow professionally, you need to give them feedback. Of course, feedback should be given in all situations, both negatively and positively. Giving people feedback lets them know where they are doing well and where that need to improve or change.

Feedback can be challenging for some people to give.  Many people struggle with the confrontational situation feedback can put them in. This blog focuses on the second step of the process.

My last blog was about the first step, trust.

The second step is respect. The people involved in the confrontation need to respect each other, and they need to show respect toward each other. In Radical Candor, Kim Scott explains that we hit the sweet spot when we combine caring personally and challenging people directly instead of rage and keeping silent. When you care about people on a personal level and speak up, you are showing them respect.

An old adage is trust is earned, but respect is given. To put respect in its most basic form baseball pioneer, Jackie Robinson, most famous for being the first black player in the MLB, said I’m not concerned with your liking or disliking me… All I ask is that you respect me as a human being.”

Bill Bradley is in the NBA Hall of Fame and served 18 years as a US Senator from New Jersey. He put it perfectly when he said,”Respect your fellow human being, treat them fairly, disagree with them honestly, enjoy their friendship, explore your thoughts about one another candidly, work together for a common goal and help one another achieve it.”

When you have and show respect for the people you interact with, you must consider them your equal in value. It also brings out the best in them. They will understand your motives aren’t to win an argument but instead to help them out.

Author of the book “The Five Love Languages,” Gary Chapman points in his book, respect begins with an attitude of acknowledging the other person is a creature of extreme worth. Confrontation can often seem like a battle to be won. But I believe you can only be productive in your confrontation if you treat others with respect. Mr. (Fred) Rogers put it best when he said, “It’s very dramatic when two people come together to work something out. It’s easy to take a gun and annihilate your opposition, but what is really exciting to me is to see people with differing views come together and finally respect each other.”

To win an argument or persuade another person, you must truly see them as equal.  Journalist and former Presidential Speechwriter, Peggy Noonan, warns us, “You don’t tell people who disagree with you they’d be better off somewhere else. And you don’t reduce them to stereotypes; you address them as fully formed people worthy of respect. You try to persuade them.”

Often people get to feeling superior to others.  When that happens, others will sense a lack of respect.  Albert Einstein said, “I speak to everyone in the same way, whether he is the garbage man or the president of the university.” Similarly, Ralph Waldo Emerson told us, “every human being, of whatever origin, of whatever station, deserves respect. We must each respect others even as we respect ourselves.”

If you want to be respected, you must show respect to others. As author Thomas Paine noted, “Give to every other human being every right that you claim for yourself.”

So, my formula for productively addressing and solving a confrontation starts with having trust and then showing respect. The next three steps are self-awareness, keeping focus, and finding a solution. I will write about those in the next few weeks. We don’t need to seek out confrontation in the workplace, but we can’t run from confrontation once we move into a leadership role if we want to be effective leaders.