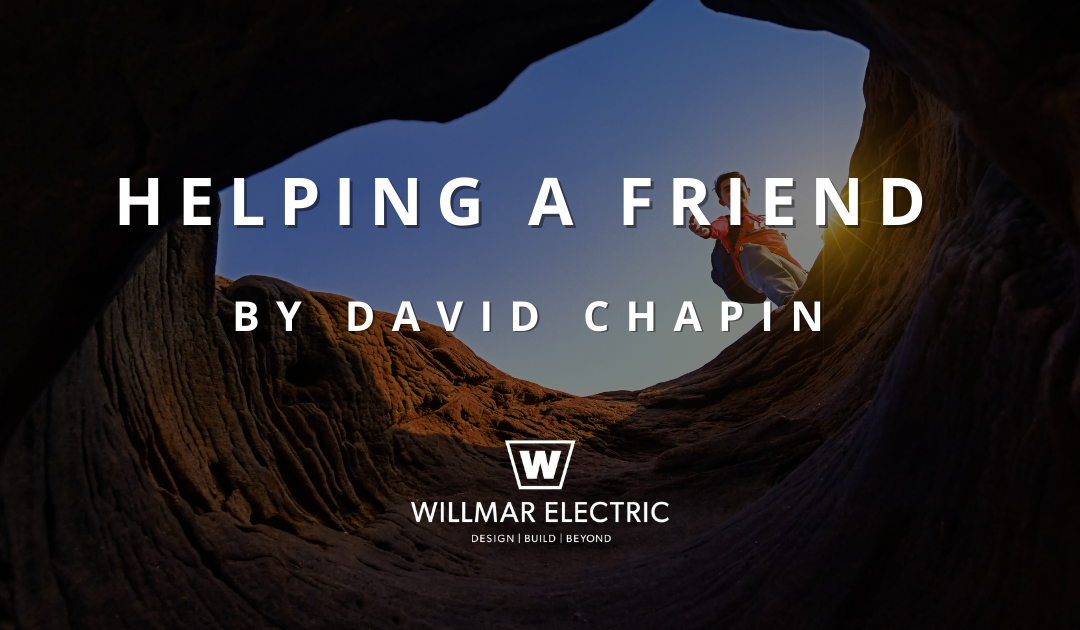 At Willmar Electric, our purpose statement is “People Making a Difference for People.”

I recently had a friend go out of her way to help a fellow coworker advance within her career. The following story drove the home point of the critical role a difference-maker plays in the world.  Often, they are underappreciated.

I have changed the names of the people involved.  Let’s call my friend Lindsey.  Let’s call the coworker Donna.

Last year Lindsey stayed after work and helped Donna study for a professional exam.  Donna had taken the exam before but didn’t pass.  Lindsey knew Donna could pass the exam and knew she was ready to take her career to the next level.

Lindsey and Donna when working side by side during the day.  Lindsey would mentor Donna and make sure the daily tasks were explained in a way that helped her accomplish the tasks productively and helped her gain a broader understanding that helped in career advancement.

Lindsey would be considered a model coworker at Willmar Electric.  Lindsey’s actions are an example of what we call “people making a difference for people.”

Donna got a 25% raise and a chance to move up the corporate ladder.

Then before the year was over, Donna quit the company.

My friend Lindsey was crushed.  Lindsey considered Donna to be a friend, but they didn’t have a relationship outside of work.  Lindsey didn’t think Donna was simply using her and the company to pass the exam and move on.  But apparently, she did.

What a sad story.  Why would I write and pass along such a bummer of a deal?

Because I think there are a lot more Lindseys in this world than Donnas.   Many of us have had or still have a coworker who takes the time to help us grow and develop.  Somebody who takes time to get us to a new level.

My friend Lindsey has helped many people within her company.  I hope they have all taken the time to thank her.  I hope they do it often.  Lindseys deserve to be thanked repeatedly.

The rest of us should find the Lindseys in our lives and thank them.