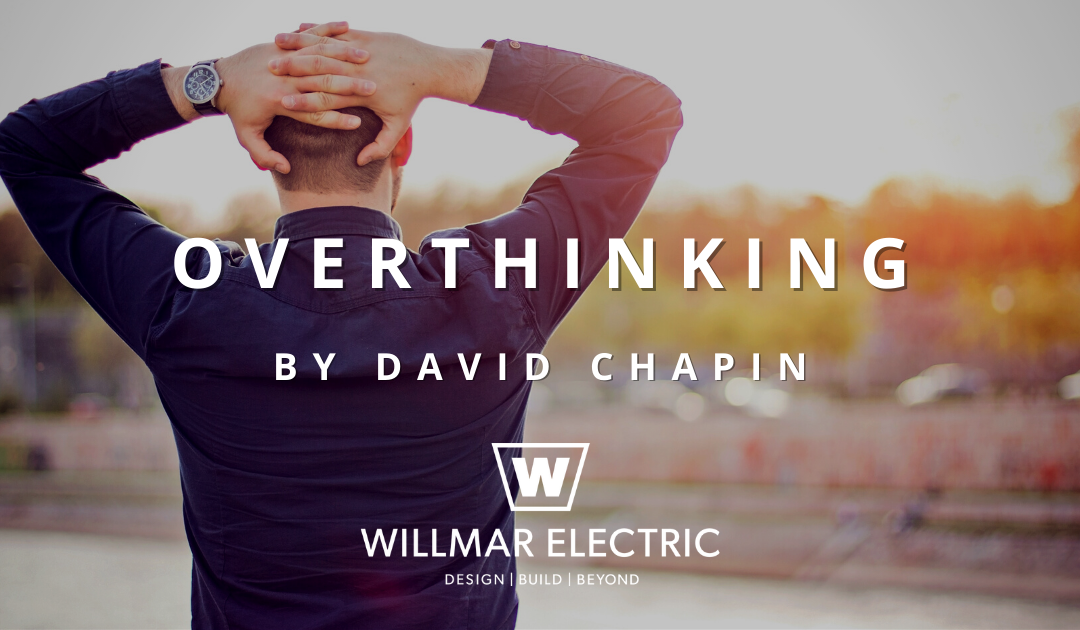 Doing dumb things in front of other people is embarrassing. It is frustrating to do the dumb thing because you overthought the issue.

On Tuesday, I had a meeting for the Lincoln Independent Business Association (LIBA). The focus of the meeting was to meet the new Chief of Police for our town. Things aren’t well at our police department, so I was interested to hear from her and gain some perspective on the department.

I was told verbally, and via e-mail the meeting would be held in the conference room at Sandhills Publishing.
Perfect. Sandhills is near our office, and nobody ever has a meeting near our office.

My day was full of things. I had minimal margin for error in my schedule. This was going to work out perfectly. My number one priority of the day was going to the LIBA meeting.

As the day started and I mentally went over the day, I thought to myself, they call the conference room at LIBA because it says Sandhills on the wall. The meeting wasn’t near my office; that was just wishful thinking.

I reset my day so that I would be at LIBA. I went about my day, glad I hadn’t made the mistake of going to the wrong place for the meeting.

When the time came to go to the meeting, I made sure I would be there on time. I arrived at the meeting 10 minutes early. I was so early I spent 6 minutes doing e-mails on my phone.
Then I went into the LIBA office.

Only to be told, “I’m sorry, Dave, but the meeting is at Sandhills.” This was the 3rd time I had been told. It finally sunk in.

I had utterly overthought the issue. I had an e-mail with the address for the meeting, but I figured I miss understood, and the meeting was going to be in the usual spot.

Because of preconceived paradigms and things I had told myself.

I was now 20 minutes from where I needed to be; I had no chance of being on time. I called the person who set up the meeting and told them I had gone to the wrong place.

I won’t bore you with the rest of the story except to say I never made it to the meeting. It was 100% my fault. I had been given all the information I needed. There wasn’t a miscommunication. It was 100% terrible listening on my part.

I had overthought things. I added details to my information, and the new information took me off track.

It made me think of times when I was presented with situations in life and decided to add in some motives for the other person. Then armed with a new outcome because of information I had made up on my own, I got mad or disappointed with somebody.

I’m sure you know the feeling. When something happens to us, and we decide, I know the person is saying one thing, but they mean something else. And we get offended.

I think about all the times in life. I take a few facts, add in my own thoughts, and conclude something. Often the conclusion I come up with is a conspiracy. Usually negative.

I think a psychologist would call this paranoia.

I need to be more careful I don’t overthink things. Because it might mean I miss out on more than a meeting. It might cost me an opportunity in life or ruin a relationship.

It is a humbling experience to be 100% wrong.