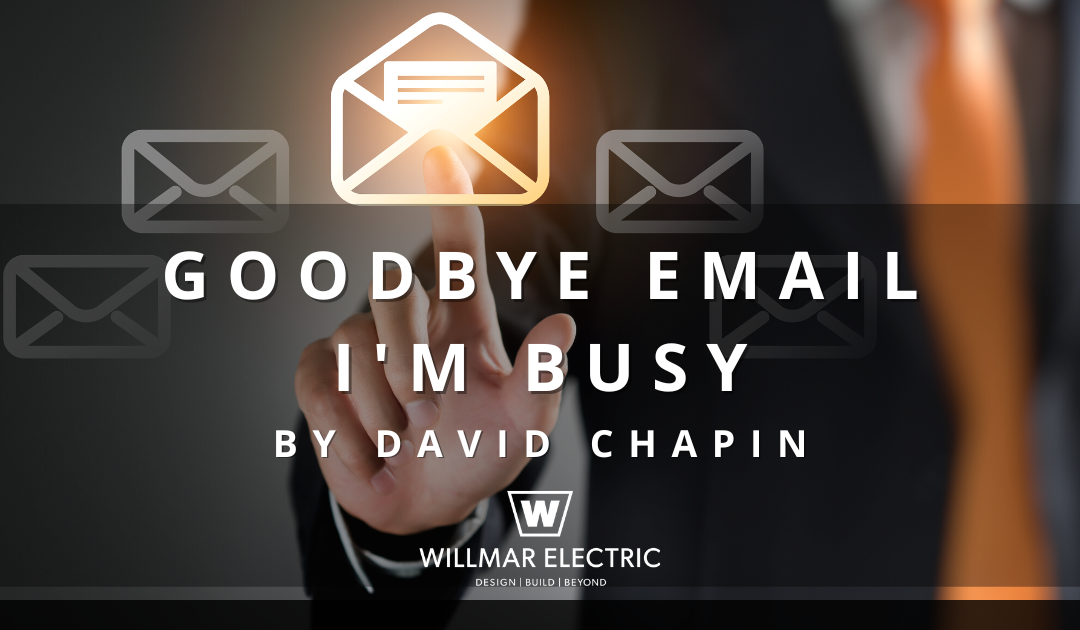 I recently completed the book “A World Without Email” by Cal Newport. Newport is widely regarded as an expert on maximizing your time by prioritizing your tasks. (Check out his book “Deep Work” for more on that topic.)

After reading the book and reflecting on all the other things I have read, heard, and experienced regarding email in my life, I am convinced to get better at how I send and receive email.

Before I go further, I should warn you that we all struggle with focusing on what we need to focus on, and our lack of focus results in a loss of productivity. We can reduce stress and gain balance in our lives if we make some changes.

I have, and it works. I changed the number of emails I send, resulting in fewer emails received and better communication.

It seems typical that we behave differently than we want others to behave.

Let me give you a few examples.

Let’s say you need work done on your car. You bring it into the mechanic to be fixed. I guess you want them to fix the car without stopping every few minutes to handle any interruptions that might develop. You would be disappointed to learn that your mechanic sent three emails, answered four phone calls, and looked at five text messages during the time they spent fixing your car.

Let’s say you went to the Department of Motor Vehicles, and while you waited in line, the person was checking their emails periodically while also checking people out. You would likely think they would be faster if they focused on one thing at a time.

And finally, would you suggest to your child if they had 30 minutes’ worth of homework, it would be ok if they did it during the commercial breaks of a football game? I assume you think they would be better off doing the work in one 30-minute block of time before or after the game instead of fifteen two-minute segments.

But many people leave notifications on their phones and computers. Letting themselves get interrupted every time an email, text, or “breaking” news story happens. This practice means every time a notification comes in, work stops, and attention is diverted to the alarm. Then the person is faced with the choice of returning to the original task or moving in a new direction.

Nobody has said, “that project would have gone better if we bounced around more and included more changes in direction.”

So, I have taken two steps in my communication.

I send out fewer emails so that I am interrupting others less often. I set things aside to bring them up later when I have the other person’s less divided attention—setting things on an issue list for a future meeting or one-on-one meeting. Plus, there is no doubt in my mind that sending emails begets receiving more emails.

I have turned off my alarms and notifications. My life, like most people, has very few emergencies. If it is a crisis, the person is going to call me. If I don’t answer, they will keep calling until I do. Focusing on one thing at a time makes me more productive. It lowers the number and severity of the errors I make. It reduces my stress.

Why should I allow myself to become less productive than a car mechanic, government clerk, or high school student? If I think they should all be sticking to the task at hand, shouldn’t I do the same thing?

As I finished typing this blog, I stopped and checked my phone. During the approximately 45 minutes I spent writing it, I got one spam call, five text messages, and thirteen emails.

It’s doubtful that the world fell apart because those nineteen things had to wait.