Accountability is a Beautiful Thing 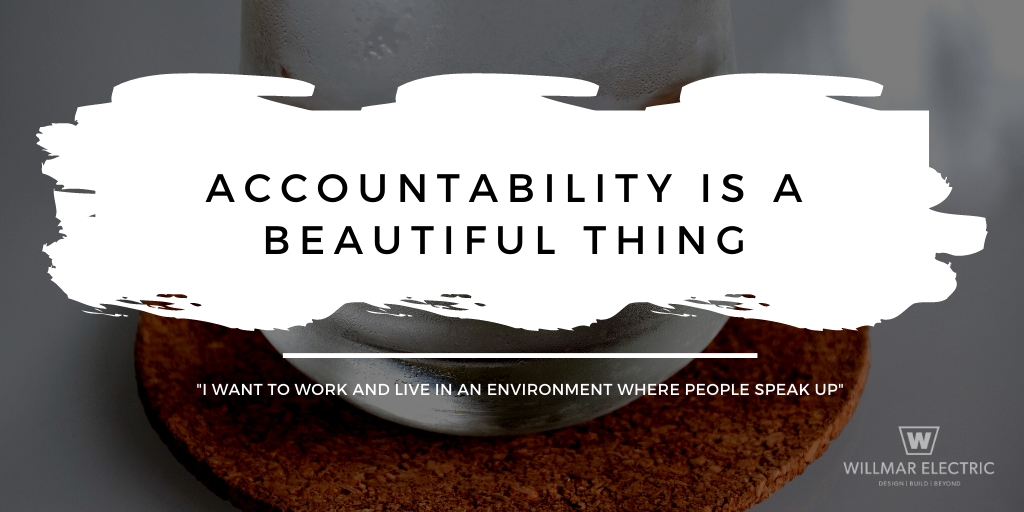 We love to play games at the Chapin house. We realized that we had outgrown our small game table as our family had grown. So recently, we got a new table that will accommodate more people, more games and allows more room for the puzzles that the Pandemic has given us more time to do. Our new table has a wood surface.

Sue and I put a lot of work into making sure we raised our children right. When we got our new table, we didn’t realize it would lead to a real-life example of leadership and accountability.

Apparently, another one of the successes we had as parents were communicating the basic principle that if you have a drink and you are sitting at a table with a wood surface, you need to use a coaster. (It should also be noted all three children were quick to point out that their Dad had told them, countless times, “scratches are a sign of carelessness.”)

Over the fourth of July, our entire family got together for the first time around our new game table. When we sat down to play our first game, a few people set their drinks directly on the table. Our youngest daughter Sara quickly shouted out, “COASTER, you need to use a coaster on this table.” The guilty party grabbed a coaster from the center of the table and spared our new table from getting a ring from the sweating can of LaCroix water. A little later, it happened again when somebody tried to go coaster less. Sara was quick to point out another person’s recklessness. “COASTER,” she cried out.

Throughout the evening, a couple more family members needed to be reminded of the need for a coaster.

On day two of our family gathering, others started joining in on the fun, often beating Sara to punch and reminding people about the need for coasters. By the end of the weekend, nearly everyone was talking about using a coaster before they even got their drink. The message was clear that if you’re going to set your drink on our table, you needed to use a coaster.

Sue and I hadn’t made a big deal out of using coasters. Our only role was to raise our children with a clear understanding of how to treat things and leading by example. We also made sure that coasters were readily available by setting a stack of them in the middle of the table.

Sara, who has no ownership in the table, started the campaign, and others learned from her. She did it from the very beginning, and she explained why it was necessary. She never let anybody get away with being careless about the issue. Her behavior moved the group from being unaware and non-compliant to 100% compliance, all the while showing care by keeping the cause fun while staying on mission.

Sara’s coaster crusade served as a great example to me about several things in life. Most notably was the personal protective equipment (PPE) we require on our projects at Willmar Electric. Too often, people allow others to be careless about not wearing PPE. Doing so shows a disregard for their coworkers. Failure to wear PPE can lead to broken bones, cuts, and even potential loss of eyesight. Allowing a coworker to disregard wearing their PPE isn’t going to hurt you; it is going to hurt them. The reason you speak up is that you want to protect others.

It always feels worse to find out you have broken a rule or caused damage after the fact than it is to be told upfront that you were off course. Who among us hasn’t had the experience of coming across something that is missing or broken only to find out later it had been that way for a while, but nobody had spoken up? Everybody was just ignoring the substandard condition because they “didn’t want to say anything.”

These situations always make me think, “you would rather let me continue in my poor performance and behavior rather than hold me accountable and say something.”

Instead, I want to work and live in an environment where people speak up—a place where we communicate clearly and embrace accountability.

Accountability is a beautiful thing. The lack of accountability, on the other hand, shows an absence of care and concern for everyone involved.