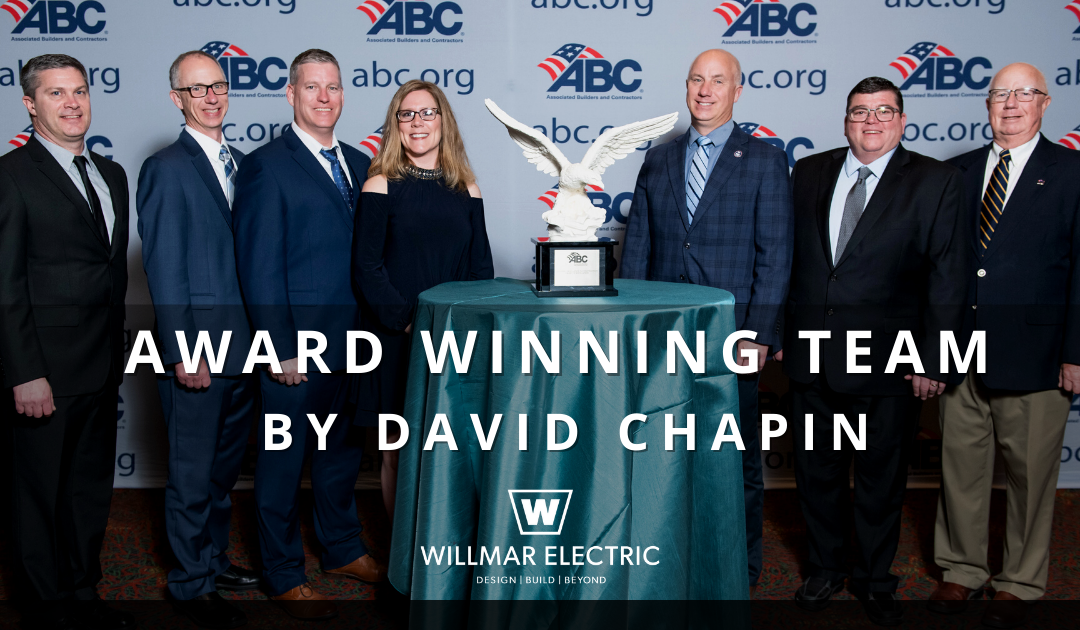 When our Dad was the National President, ABC started the Award of Excellence in 1990.  (Volunteer leader is now called the Chair, and the award has since changed to Excellence in Construction.)  So last year, when we found out Willmar Electric had won our first ever Eagle Award (1st place), we immediately knew our Dad needed to be at the ceremony.

The project’s name is the Lower Sioux Intergenerational Cultural Incubator.   It is a first-class meeting facility in Morton, Minnesota.  The people who worked on-site and oversaw the project’s completion did an excellent job.  They represented us well, and we are proud of their work.

But today, we need to focus on the people who came before this project.

The plaque will always have the project’s name on it, and officially, it is the project that won the award.  But the systems that made the project successful started in 1920.

Our Dad said to Justin and me our Great Grandfather, Grandfather, and Great Uncle would be proud of the company we are running today.  We told him he had just as much to do with this project’s success as we did.  He laughed, but we weren’t joking.

So, we all share in the award—each member of the team.  At Willmar Electric, we consider ourselves to be one team.  A group of people making a difference for each other and the people around us.