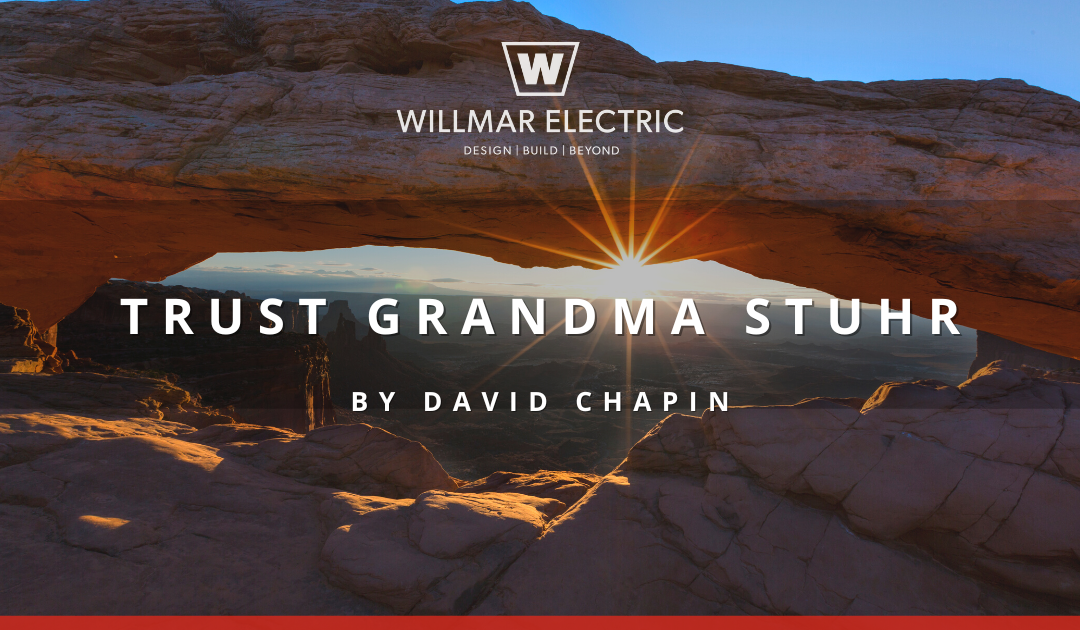 I recently had the chance to drive from Lincoln, Nebraska, to Scottsdale, Arizona.

It is a nineteen-hour drive, so when I woke up at 4 am on Wednesday, I got into the SUV I had packed the night before and hit the road. I have driven from Lincoln to Kearney, Nebraska, several times. So, I knew I wouldn’t be missing anything doing this part of the drive in the dark. The following 7 hours between Kearney and Trinidad (Colorado) are worse.

Making this drive gave me lots of time to listen to several podcasts and audiobooks and think.

The thing I thought about the most on the trip was a similar trip I took in college. In college, I drove my Grandma Stuhr from Blomkest, Minnesota, to Mesa, Arizona. Although that trip took me through different parts of the Midwest, I can assure you that the drive through Iowa, Eastern Nebraska, Eastern Kansas, and Western Oklahoma is slightly better scenery.

Three things stand out from that trip. Nothing rides as smooth as Buick Park Avenue (nothing), large parts of the American west are sparsely populated, so don’t wait to get gas, and Grandma wants to take the long way and go through Payson, Arizona.

Grandma’s way was slightly longer, but it was 30 plus hour trip. I was interested in getting to Venture Out in Mesa as soon as possible. (Keep in mind it was the 1980s, and Interstates’ speed limit was still 55. We were saving gas but not time).

She heard it was pretty and wanted to see it. Based on the first 28 hours of driving, I had my doubts.

Arizona is filled with incredible scenery. Some are household names like the Grand Canyon, Antelope Canyon, Horseshoe bend, and Glen Canyon. But my Grandpa liked to read westerns, and Zane Gray wrote about the Tonto National Forest. Going through Payson brings you through Gila County and the areas my Grandma had heard about. (My Grandpa had passed away about eight years before this drive). My Grandma didn’t say anything about Zane Gray on the drive.

I learned about his liking the area years later.

The sun was setting as I came upon the Tonto National Forrest, but despite the darkness, I could still see the beautiful sights she longed to see and the smile on her face as we drove.

It’s been over 30 years since I made that trip with my Grandma Stuhr, but it feels like yesterday.

Thinking about my first drive to the Valley of the Sun, I couldn’t help thinking about all the times in my life I had been with somebody I trusted but still when they made a suggestion, I was skeptical. Often people at work tell me about a better way to do something, but I resist. My family gives me advice, but instead of thinking, “these people have my best interest at heart,” I resist.

If I had a dollar for every time a loved one gave me advice and it worked out, I would be able to retire.

If somebody continues to give me bad advice, I stop listening to them. I stop trusting them. If I worked where I couldn’t trust people’s advice, I would quit my job.

(Geography lesson, Mesa and Scottsdale are both east of Phoenix. I would say they are both suburbs of Phoenix, but Scottsdale residents aren’t willing to concede to being subordinate to anything. The Phoenix metro area is called the Valley of the Sun).