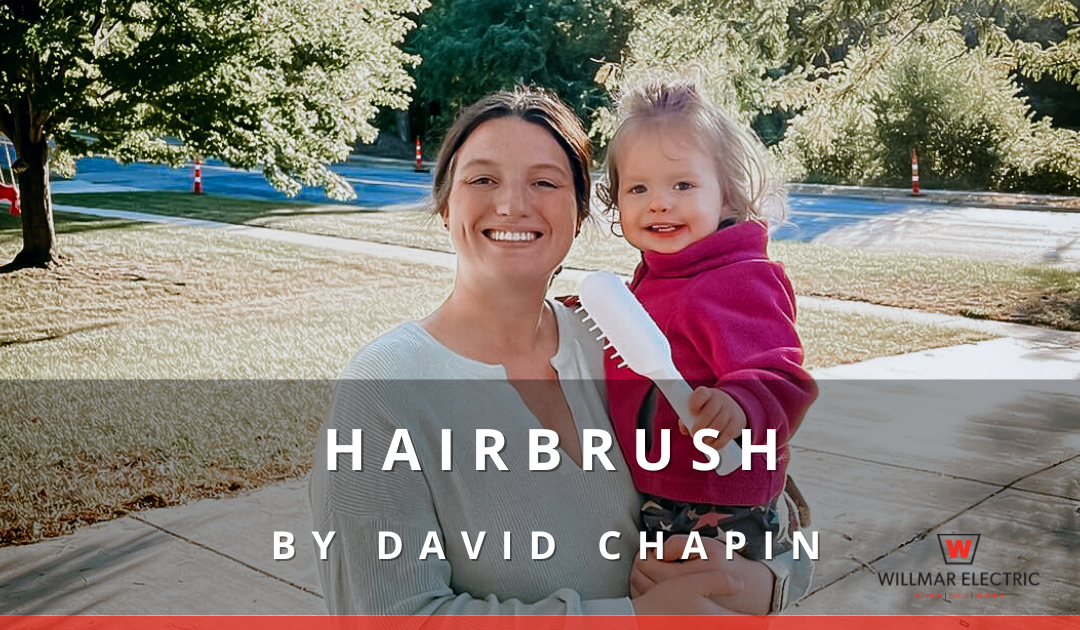 My daughter, Anne, is an excellent mom. It’s not always easy to be a good mom, but my daughter has several generations of examples to follow. She is lucky enough to have a great mother. Both her parents have great mothers.

My daughter was lucky enough to have met and spent time with three of her great-grandmothers, and over the years, she has been blessed with many stories about these great ladies who also served as great moms.

My wife, Sue, and I often tell Anne what a great job she is doing.  (The same is true of our son-in-law, Jon, but this story is about moms.)

We have two reasons for complimenting her mothering skills.

The main reason is that she truly is a great mom.  I would say my wife was such a good mom that she raised Anne to be even better than she is at being a mom.  You might want to go back and reread the last sentence. I am saying that the object of being a good parent is to make your children better at parenting than you.  Humbling but true.

The additional reason we compliment Anne’s parenting skills is to build confidence.  We want her to be confident as a parent.  As I said above, it is hard to be a parent.  If we can raise Anne’s confidence, she can move forward without second-guessing herself.

But mostly, I say it because it’s true.  If you know me very well, you know I don’t say anything I don’t mean.  I had never complimented anybody on anything when I didn’t believe it.  If I ever told you nice shirt, laughed at your joke, or told you I thought you did an excellent job at singing, I meant it.  I don’t give compliments to butter people up or make them feel better.  (I’ve considered it but never pulled the trigger.)

A few weeks ago, Anne, Jon, and our granddaughter, Amelia, came for a visit.  During the visit, Sue noticed Amelia, the girl with all the hair in the accompanying photo, still had the same hospital-issued comb from the day she was born.  So, Sue went to Amazon, ordered a hairbrush, and had it shipped to Amelia.

A few days later, we got a video call from Amelia.  She was standing there with the brush.  She even combed herself a few times.  It was her 18-month-old way of thanking us.

When the call was over, I told Sue it was a little risky to send them a hairbrush.  Sue wondered why.  I mentioned the names of a few people and said how do you think they would react to getting a gift like that from their mother?

Sue agreed to the list of names I gave her. All would have thought, “does my mom think I don’t know what I am doing?  Is my mom telling me to take better care of my daughter?”

Sue wasn’t sending a hidden message.  The gift of a hairbrush was meant as a fun surprise.  No undertones, just love.

Anne and Sue are busy people. They don’t have time to play mind games with each other.

Plus, Anne has confidence and trusts that if Sue had advice for her, she would say it directly.

Even if Sue had meant the gift as a hidden message, Anne’s reaction would have been perfect.  Why let the person who can’t communicate directly have the upper hand? If somebody tries to give you a hidden message, I suggest taking the compliment or gift at face value.  Say thank you with a genuine smile and deny the other the chance to manipulate you through indirect signals.  It will send them the message that if you want to say something, then say it.

It also lets you build your confidence.  Often people miss out on receiving a genuine compliment because they are trying to figure out what the other person is “really trying to say.” Don’t fall into that trap.

How often have you seen somebody add to their burden and stress because they are trying to figure out a hidden meaning behind the actions or words of another?Typically, when somebody is trying to say something, they mean what they are saying.  If there is a hidden message that you fail to detect, it is their problem, not yours.

In this example, A lifetime of being open with each other left us with three (or more) generations of happiness.

Choose openness over manipulation and be happy.